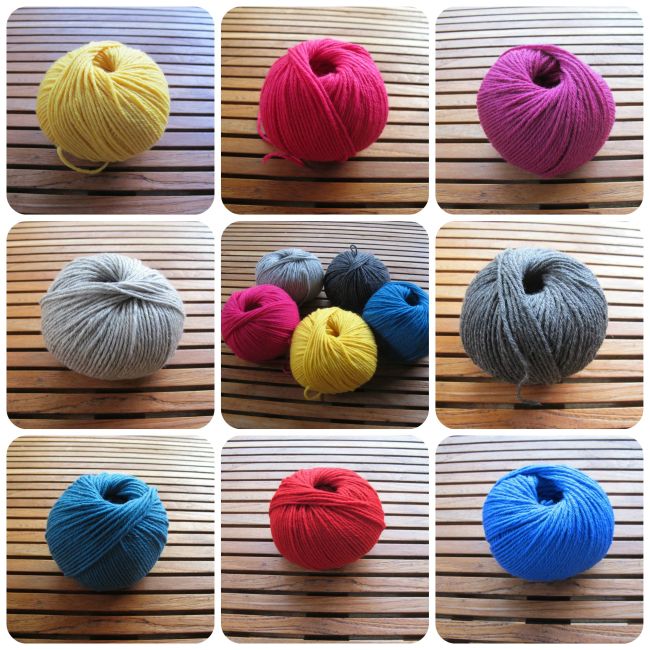 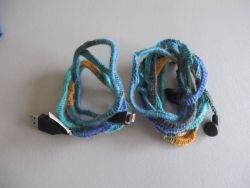 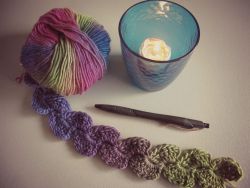 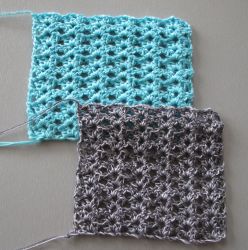 Start as for any tunisian simple stitch. Insert your hook under the vertical bar of the next stitch (at the arrow in the picture at left) and pull up a loop. The new loop is indicated by the arrow in the picture at right.A « normal » tunisian simple stitch would end here. To make an extended stitch, chain 1. This means that you yarnover and pull through the loop just made. 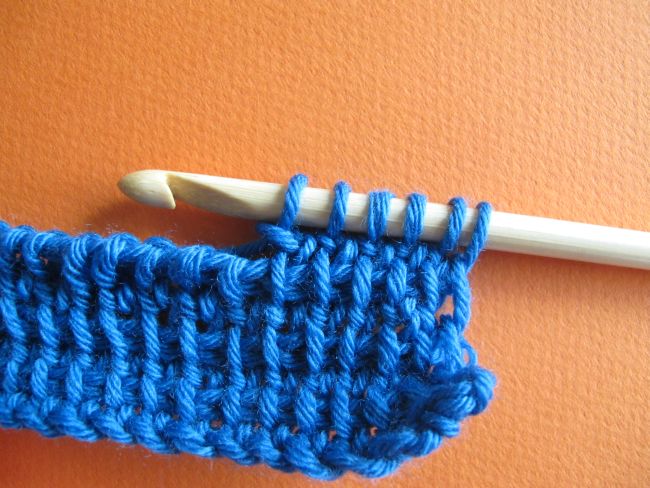 In this photo, the forward pass portion of the extended simple stitch is complete.  You can see the extra chains under the loops already on the hook. 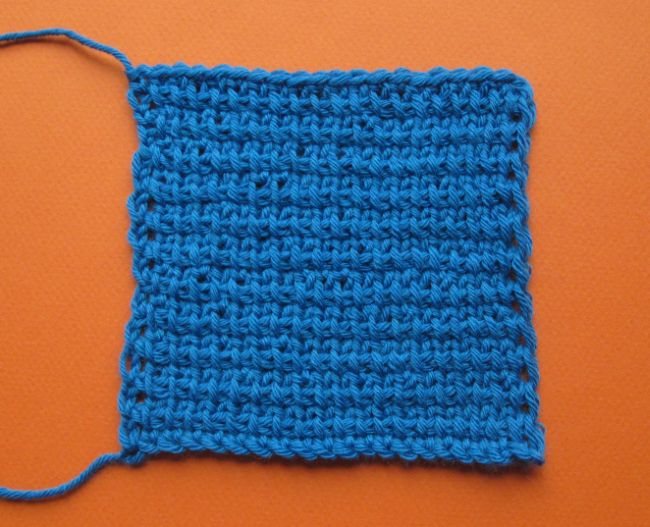 This is a the completed swatch. You can see the rows of V’s corresponding to the extra chain at the bottom of each stitch. Yet, the swatch still has the typical « woven » look of tunisian simple stitch.So, what’s the point to this, except a slight variation in surface texture and a tad taller rows?Adding this extra chain to each stitch makes the fabric much more relaxed. This, in turn, means that the dreaded rolling of the top and bottom edges is almost completely eliminated. With an ordinary simple tunisian stitch, I consider the main difficulty to be taming this strong tendency to roll. My swatch of extended simple tunisian stitch didn’t roll much when finished, and required only a light steam blocking to lie completely flat. Yet, it’s still a solid fabric with a distinctive « tunisian » touch.Just for fun, I also made a two-coloured swatch in the round. 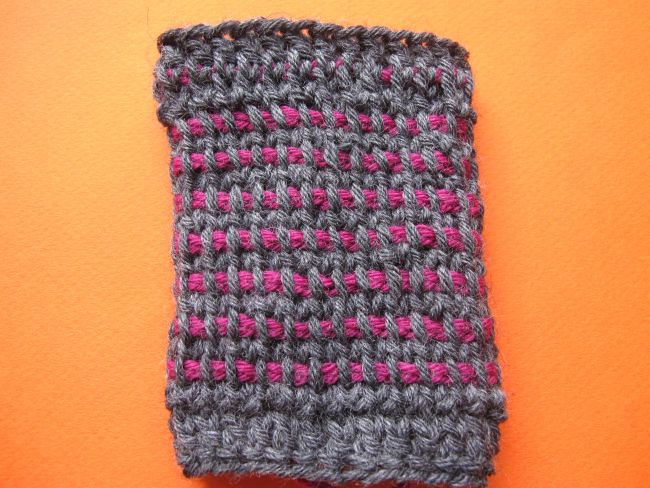 The chains at the bottom of each stitch create horizontal lines and a different proportion between the two colours as compared to the usual simple stitch in the round.I must admit that I’m quite smitten with the extended simple stitch, and have some ideas of what to make with it. And you? Are you inspired? Send an e-mail and let me know!The swatches shown in this newsletter were crocheted withAnnette Petavy Design’s Merino DK and6 mm tunisian hooks, standard and double-ended. See you soon!